There are different diets for different sports but running is a sport that perhaps has the most diverse diet. Namely, runners should be strong enough to last a marathon or a 100-meter dash, yet they need to be light enough to run fast. That’s why their diet must be diverse and include carbs as well as proteins; all that coupled with sufficient hydration mainly using water. Care to know more about the proper nutrition for runners?

Before a runner can change his or her diet so it corresponds to the sport they have taken up, they must alter their mindset. A non-runner eats to stay alive, while an ambitious runner should perceive food rather as fuel. Food should not delight all their senses but rather feel like stopping at a gas station to refuel the car. Needless to say, taste comes second in a runner’s diet.

The more you run, the hungrier you get

It is easy to calculate how many calories you have lost while running a marathon. Whatever the numbers are, you are going to burn way more calories than while walking so your organism will want to deplete its energy stock.

The end result is an increase in appetite, especially in new runners. However, you should fight this urge because overeating is counterproductive. In fact, train your body and mind to run on an empty stomach for the ultimate loss of weight. If you are finding it hard to balance running and your drive for food, then try decreasing the portions. Instead of three meals per day, try eating five times a day. These meals should span the entire length of the day and the interval between meals should be as even as possible.

In order to make this system work, try to boost your snacks by adding fruit and nuts to it or simply try some keto snacks on the go. Our suggestion is a banana and a handful of almonds but you can mix any fruit and nuts you like (raspberry and sunflower seed are also a good combo).

Anyone who has ever run a marathon can tell you about the importance of hydration. When you start running, food means nothing to you but water becomes your literal lifeline. That’s why professional athletes take pride in their hydration gear about which you can read more on the internet. A typical hydration runner’s pack consists of much more than a simple flask, as there are belts, vests, bladders, and backpacks.

Unless you hire a nutritionist who will run a series of tests, there is no chance to get the diet right on the first go. In fact, you might make many mistakes in the effort to find out how your body reacts to different types of food. You might try Curcuma or pistachios for the first time and there is even the chance that you’re allergic to some nuts. Finding the right diet that suits your organism’s athletic preference is really a trial and error process so you should regard it as such. 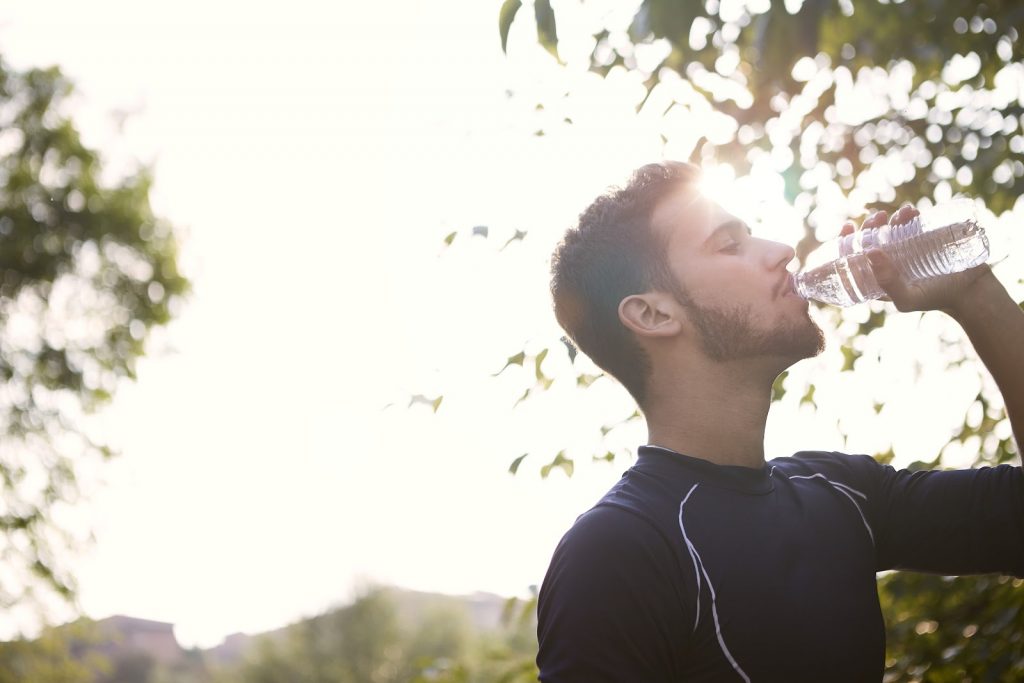 What food to eat before, during, and after the race

Food is all about the right timing. You should eat light carbs within an hour prior to the race to get the best out of your diet. The effect of the food you eat will be enhanced if you plan a practice run at the exact same time as the race.

Like we’ve stated earlier, fluids are going to be your number one food during the race itself. Whether you drink hectoliters of water or drink a sports gel, it is entirely up to you. Once the run is over, you should eat immediately, especially if the race was particularly demanding, as a marathon usually is. Runners will tell you that there is no better post-run food than chocolate milk, although whole-fat yogurt, fruit, peanut butter or a smoothie get the job done as well.

Nutrition for runners is complex and diverse because there are no two runners the same. Furthermore, the effect of the food you eat depends on the time when you eat it so you have to time your meals carefully.