Does a float tank help with stress?

Float tanks have gained popularity recently, and with good reason. Floatation therapy is known for its stress-relieving, relaxation-boosting effects. According to various sources, float tanks can help relieve stress by inducing the process of “self-hypnosis” (where you enter a trancelike state of consciousness) and helping the body release excess stress chemicals such as cortisol and adrenaline. 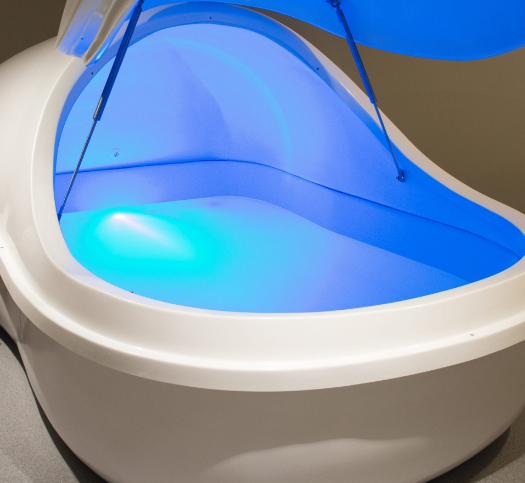 In this article, we’ll examine how floatation therapy relieves stress and whether or not float tanks are a good way to manage your stress levels in general.

What is a float tank?

Float tanks are small tanks that are filled with water and designed for the specific purpose of deep relaxation. A float tank offers a range of benefits.  They are sometimes called relaxation tanks, sensory deprivation tanks, or flotation tanks. There are a couple of ways to set up a float tank.

The most common is by filling the tank with water that has a specific amount of salt dissolved in it, usually about as much as you’d find in a warm ocean. The other is to fill the tank with plain water, but have a large enough tub that you can lie down in it without your head touching the water. Some people even build their own tanks at home.

How does floating relieve stress?

There are several mechanisms behind how floating relieves stress. The first is the effect of body position: floating in salt water makes your body feel as though it’s weightless, causing blood to rush to your head and inducing a state of relaxation.

Additionally, the water temperature is set to be around 32°C (90°F), which is the temperature at which your body releases the most serotonin (a neurotransmitter that regulates mood, appetite, and sleep).

As you lie in the salt water, you’ll also notice that your body becomes less sensitive to outside stimuli. This means that you’ll not only be less aware of pain, but also you’ll be less aware of external sounds. All of these factors contribute to the mental state of relaxation.

Benefits of Float Tanks for Stress and Anxiety

According to research, there are a few key benefits of float tanks for stress and anxiety. First, there’s the general benefit of relaxation. But in addition to that, there are specific benefits. First, floating has been shown to lower cortisol levels.

As we’ve discussed before, high cortisol levels can make you more prone to anxiety, stress, and even depression. Cutting down on cortisol is a great way to reduce your stress levels. Another benefit of float tanks is that they can improve sleep quality, which is important for stress relief overall.

And finally, research has found that floating can reduce feelings of isolation and loneliness, which are common among people who suffer from anxiety and stress.

Is a Float Tank Good for Stress?

As you can see, float tanks have many benefits for reducing stress. But whether or not they’re good for stress, in general, depends on a person’s situation. For example, if you have a generalized anxiety disorder or another stress-related mental illness, then a float tank may not be the best for you.

Why? Because it’s important to be aware of your symptoms and recognize when your anxiety is about to get out of control. If you’re in a relaxed, trancelike state, it may be harder to notice these signs.

Overall, floating in a saltwater tank can offer some pretty impressive stress relief. In fact, it can even help with other issues, like sleep problems and pain. However, not everyone should try it, so it’s important to talk to a doctor if you’re interested in this form of therapy.