Are People Still Planning on Working From Home as We Move Past the Pandemic?

The global coronavirus pandemic had a seismic effect on the workforces of the world. We are only now seeing signs of recovery, more than a year since the initial outbreak. A new norm has developed during the pandemic: Zoom meetings, social distancing and working from home have become commonplace.

Many are now questioning whether we will ever truly see a return to the old days. Some businesses have opted to do away with office spaces altogether, and others have moved towards hotdesking systems. As a result, many people are asking whether is working from home here to stay. 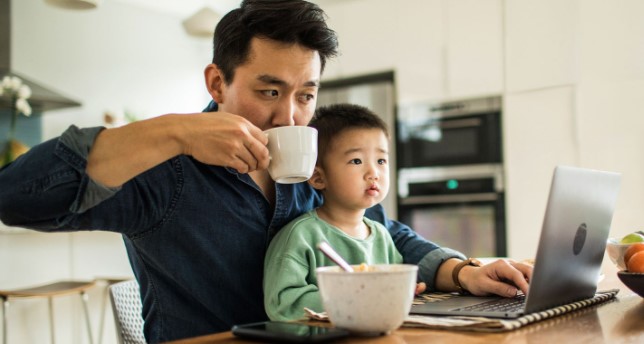 When the Australian government first identified the coronavirus as a legitimate danger in early March 2020, the response was swift and aggressive. Borders were closed, and stay at home orders were produced to minimise the spread of the virus. Whilst the quick decisions helped Australia mitigate some of the impacts of Covid-19, lockdown policies meant that going into offices and workplaces was off the cards.

2020 was the year of working from home, as, after the initial shock of lockdown, people began to adapt their work practices. By May 2020, nearly half of the Australian workforce (46%) reported that they were working from home, compared to just 24% before March 2020. This change in working culture has persisted, with over a third of employed people in the country still working from home to this day.

These statistics appear to suggest that working from home is here to stay to some degree in Australia, as the country moves out of lockdowns and back into a more normal state of affairs.

Response to Working From Home

There has been a mixed response to working from home. Some claim that the added flexibility and lack of commute have improved their work/life balance. On the other hand, loneliness has become a real problem, with many isolated for most hours in the day and struggling to cope with their workload.

There has also been criticism of the widespread acceptance of the practice. In Australia, one of the most prominent property developers, Harry Triguboff, received backlash from many workers when he claimed many employees were “working half the time” while at home.

While many criticised this claim, some evidence suggests a slight decline in productivity during the pandemic. There is speculation about a link between the mental health issues manifested during lockdown periods and this decline in productivity. Isolation has no doubt had some role to play in these problems, but with things opening up again to some extent, it will be interesting to see if this lower productivity persists.

Triguboff quickly drew back this claim after the backlash in an extraordinary manner. He announced his plan to support those working from home by building larger apartment units with multiple rooms to allow tenants more space for a home office. Cynics might claim that rather than being a good-natured attempt to help those struggling to work at home, he is instead attempting to profit from the problem.

Despite this, the commitment to building apartments with working from home specifically in mind gives credence to the notion that working full time in an office might never return.

Problems Associated with Working From Home

Decreased productivity is not the only side effect of working from home. New research suggests that we are moving around less while at work than we did before the pandemic. This has contributed to a significant rise in joint pain for many while they work. Studies have shown that between March and June 2020, there was a 28% rise in the numbers of injuries reported at home.

Usually, in an office setting, great care is taken to ensure that the layout and equipment are as ergonomic as possible to prevent these issues. When working from home, people are often in makeshift office spaces, so many have felt the strain after remote work for over a year.

But what are the benefits of super fast internet? According to companies like Nexgen, the benefits are greater than solely a quicker connection. Faster internet makes working from home a much more viable alternative to the office work people were accustomed to. It is, therefore, possible that by improving the connection speed in people’s homes, remote working could become much more feasible in the long term.

Remote Working is Here to Stay

The coronavirus pandemic has caused wholesale changes to the way that we live our lives. While working from home has not been without its challenges over the past year, it appears that it will remain a prominent feature of employment in the future. While many have been able to return to work in the conventional sense, remote working will go on for others.

Many companies have decided that it makes financial sense to continue the practice in one form or another. Without the same requirements for office space, businesses have been able to cut down their overheads significantly, which may be enough of an incentive to overlook the potential decreases in productivity.

However, it is essential that if people continue to work from home even as we move out of the pandemic, safeguards are put in place to ensure they do not suffer unduly from the inevitable isolation when spending so much time alone. Many have experienced a decline in their mental well-being over the past year. It is, therefore, in the best interests of both employers and employees to set clear boundaries when working from home. Preserving a healthy work/life balance will likely be the key to avoiding mental burnouts at a time when the lines between the two have become increasingly blurred.