The Truth About Muesli: They Are Not All Created Equal

Muesli can be a cornerstone of any healthy diet. It is a suggested addition to may breakfasts, especially with greek yoghurt and fruit. But how do you choose the best of the best? Like all health foods, muesli has flooded the market and there are many different brands and types it can make it hard to choose. There are slight differences between types too. With bircher, muesli and granola on the shelves, which way should you choose? It has long been a staple of many breakfast tables around the world, and the first cold breakfast cereal was created in America in 1863. It was made from processed grains, including wheat, corn and oats. Despite lacking any real nutrients, it was an overnight success and has been consumed by the masses ever since. Manufacturers have added sugars, vitamins, minerals, preservatives and artificial colours to make it their own. This is how we have come to enjoy loads of different varieties to this day.

Bircher, or the naked muesli, was named after its inventor, Swiss-born Maximilian Bircher-Benner. It was first developed as a breakfast food for hospital patients. This was due to the fact that it was rich in nutrients, unlike most breakfast cereals and contained a healthy helping of fruits and vegetables. It was known to speed up patient recovery. Containing oat flakes, grated apple, nuts, condensed milk and lemon juice, it became known as ‘muesli’. This was the first creation of muesli that we know today.

Granola is often used in breakfast dishes and is known to be much sweeter than your average muesli. It is not as rich in nutrients and the main difference between the two is that granola is baked with a sweetener and oil, binding the ingredients and making it crispy. It is a great addition to yoghurt and served cold in a breakfast bowl. It has all the same ingredients as muesli, but it is sweeter and crunchy in comparison. 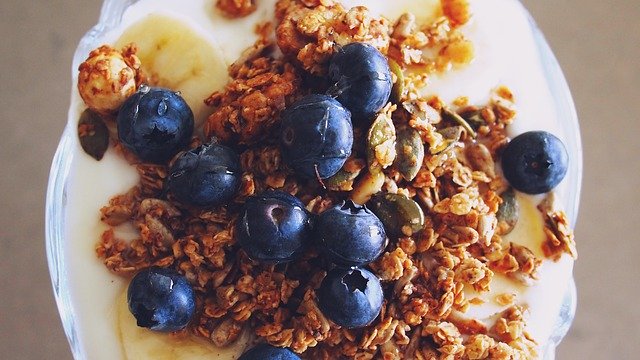 Then we come to the original. The combination of grains, nuts, fruits and seeds. Muesli has so many nutritional benefits and is in a lot of ways healthier than its baked counterpart. It is traditionally made with rolled oats but can be made with other grains as well, such as millet or quinoa. It does not need added sweeteners or oil to bind the ingredients as it is not baked, as opposed to granola. It can be enjoyed in many different ways The most common is to soak the muesli overnight in cold milk or other liquid, sometimes a juice, to soften it and make it more of a porridge consistency. It can be cooked on a stovetop, similarly to oatmeal in a pot of simmering water or milk, enjoyed warm instead of cold. Another option is, of course, common, stirring into your choice of yoghurt and eating cold. It has a somewhat chewier texture than granola as it is raw and not baked.